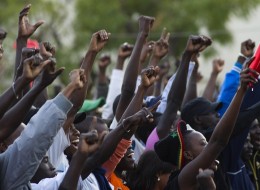 12.03.2005 Africa has come a long way. In I960, British Prime Minister Harold Macmillan stood in the South African Parliament and noticed a “wind of change” blowing across the continent. Exactly three decades later, in 1990 US President George Bush proclaimed a “new world order” in which “the rule of law supplants the rule of […]